Role in the Bush/Quayle ’92 Campaign

(Note: The complete documentaries for this section were archived in the Bush President Library in College Station, Texas.)

Politics is a cold reality.  Dr. Esther Lee was not discouraged even though she did not win the congressional race by a small margin in the Republican Primary in Houston, March 1992. After the congressional campaign, she expressed her desire to support President Bush's reelection to Ron Kaufman, then the Political Director of the White House during President George H. Bush's administration. Mr. Kaufman complimented her close race and granted her request to work for the Bush/Quayle’92 campaign HQ as the national coordinator for Asian and Pacific American Coalition (APAC) for Bush/Quayle '92. She was the first full-time salaried Asian-American campaign staff ever appointed at a presidential campaign headquarters. She believed it was a good opportunity to mobilize Asian/Pacific Americans for the President's reelection. Previously, GOP presidential campaigns never had a paid staff in charge of Asian/Pacific American voting affairs. Dr. Lee was the first one. In 1988, Cindy Daub, the Korean wife of a congressman, oversaw the Asian/Pacific American voters as a volunteer.

In fact, many Asian/Pacific American leaders and GOP activists were fighting for this position since the beginning of 1992. People believed that this influential and powerful position would lead to a major appointment if President Bush were reelected. In the Asian/Pacific American political circle, no one expected Dr. Lee to head this effort since she was busy with her congressional race for months.

Being the National Coordinator for Asian/Pacific Americans for Bush/Quayle’92, commencing in May 1992, Dr. Lee assumed extensive responsibilities.  She began to work at the Bush/Quayle campaign HQ in L Street until the end of the campaign in November. Her major responsibility was to reach out, organize, galvanize and turn out both Asian/Pacific American and non-Asian/Pacific American voters throughout the nation. She reached out more than 20 Asian/Pacific American groups and organized them according to their ethnic background at both state and national levels. Each ethnic group had its own national chair, state chairs and steering committees. She made sure that those long-time and well-known Asian Republicans, such as Anna Chennault, Elaine Chao and John Tsu were recognized in the organizational structure.  Yet, she also included the new “blood” who were energetic and able to deliver the planned tasks. It was a very delicate task to ensure fraction-free interactions among all APA diverse groups and community leaders. Through her travel and coordination, she planned many campaign events in conjunction with the schedule of both President Bush and Vice President Quayle.

Meanwhile, she also compiled a list of Asian newspapers/media outlets throughout the country and worked with them closely.  The Asian/Pacific American voters were well informed of the events, issues and position of BQ'92. The new high tech internet then made the information dissemination much faster than ever. During Esther’s more than 5 months at the campaign HQ she was assisted by several young and full-time volunteers including Luke Bellocchi, who later became a legislative staff member at the US Congress.

Dr. Lee’s disappointing memory of the 1984 GOP Convention stayed fresh while she was playing an important role in the Bush/Quayle ’92 national campaign. Her experiences at the 1984 GOP National Convention in Dallas as an alternate (presented in the section of GOP 1984) inspired her to form a mainstreamed Asian/Pacific American auxiliary under the Texas GOP. (Texas Asian Republican Caucus.) At the Convention, she witnessed how enthusiastic Asian/Pacific Americans were misled to attend the Convention without the required credentials and left outside the Convention entrance. They were not advised or guided correctly to become a delegate or an alternate. Since then, she encouraged and involved Asian/Pacific American (APA) activists to take part in her grassroots efforts like the Texas Asian Republican Caucus (TARC). Her own congressional campaign in 14 cities in 1991-1992 further reinforced her commitment to increase APA’s mainstream participation.

The Bush/Quayle ‘92 campaign took a big down turn after the 1992 National Convention in Houston. President Bush was defeated by President Bill Clinton. Based on Esther’s analysis, the failure of the race was attributed by the following three major facts: 1) The top campaign leaders were over complacent. They refused to attack Clinton’s Jennifer Flour’s case and other scandals to keep on the high road; 2) The campaign was over controlled by right-wing advisors who only focused on the family issues but totally ignored the economic conditions and pocketbooks of the general voters; and 3) Bush’s poor performance at the debates with Clinton.

However, Dr. Lee believes in loyalty and commitments even at the expense of her own career interests. She always believed in dashing to the end even if a failure was unavoidable. She was determined to narrow down the margins as much as possible for all her involved campaigns. She demonstrated the same level of loyalty to Bush/Quayle '92 as she did with Senator Dole's campaign in 1988 primary. As the polls started turning against Bush after the GOP National Convention, some campaign staff and political appointees began leaving. At that moment, Dr. Lee was notified by the University of Houston/Clear Lake to either return for the fall semester to teach or resign from her tenured position.  She chose to relinquish her tenured and secured professorship and decided to stay to the finish line of the presidential campaign as she always had. In the last two months of the campaign, Esther worked tirelessly to turn out Asian/Pacific American’s votes, spending more than 16 hours daily at the campaign HQ. Based on Time Magazine's report, Asian/Pacific Americans had the highest percentage of votes for Bush/Quayle with 60% as compared with other groups. Esther was very satisfied with and proud of the results.

All documents of Asian/Pacific Americans' participation in Bush/Quayle'92 including the final report, memos, correspondence and newspaper clippings have been archived at the Bush Presidential Library and Museum at College Station, Texas. There is only a limited number of scanned files in this folder/section. 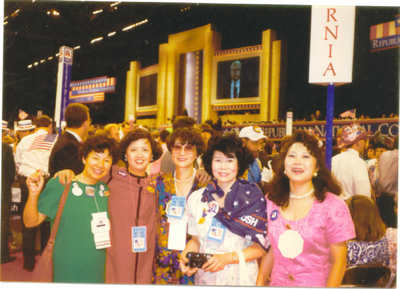 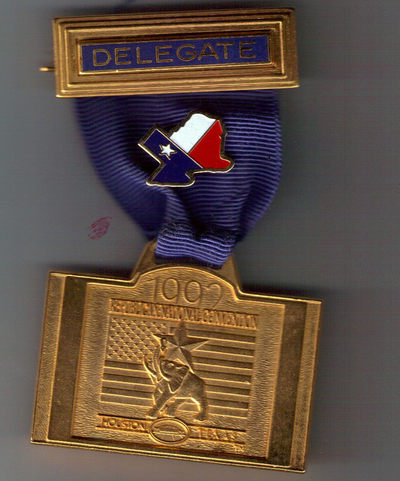 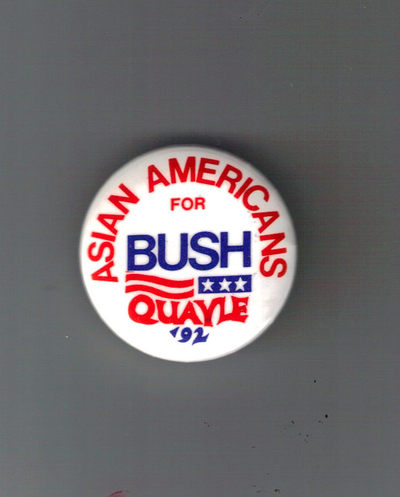 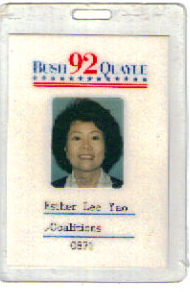 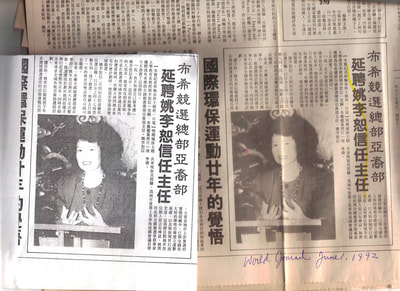 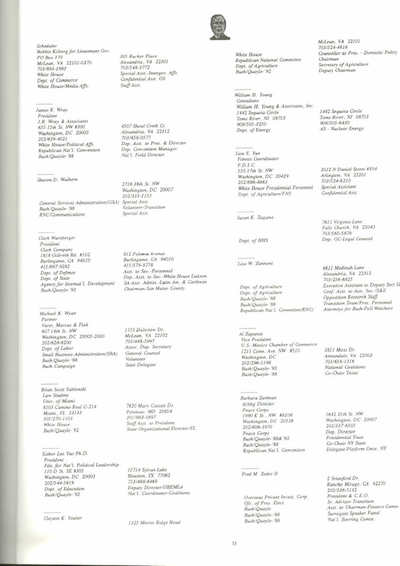 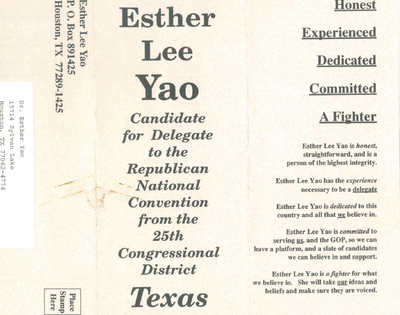 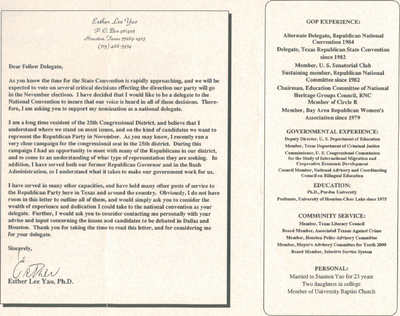 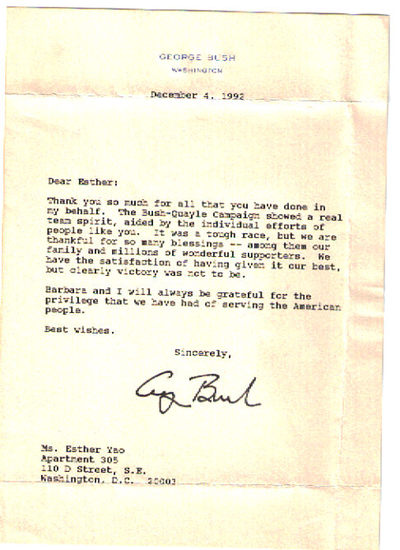 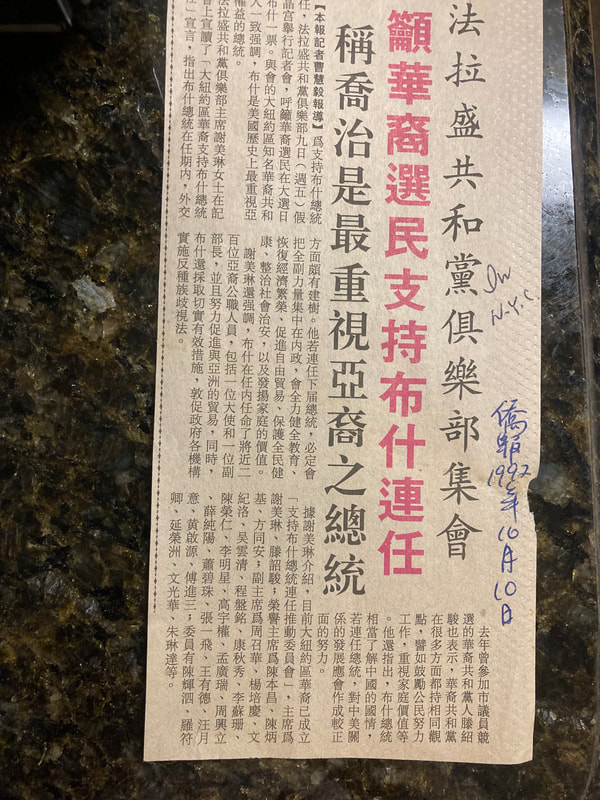 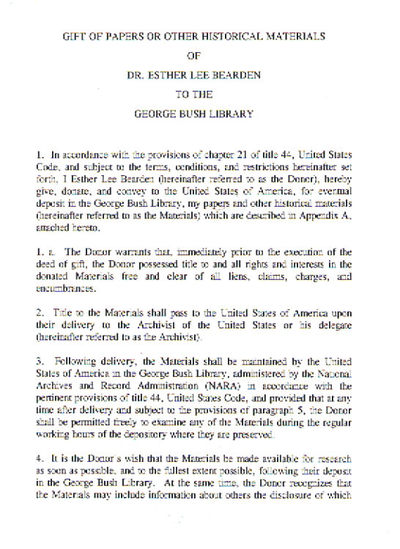 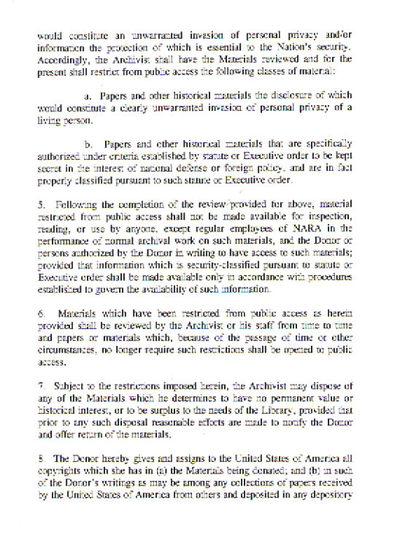 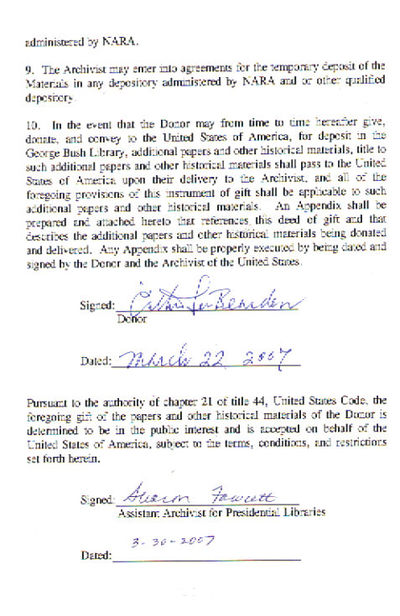 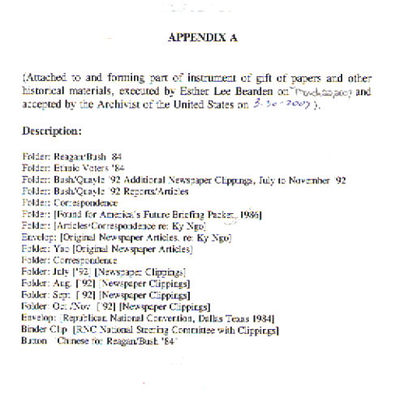