WELCOME TO OUR RESOURCE ROOM

Welcome! Thanks for your visit and interest in the topics provided by this RESOURCE ROOM, which is committed to serve diverse readers including parents, researchers, political leaders and the general public.

Originally, it was hoped to have a book about Dr. Lee’s involvement in the Republican Party at all levels, including her congressional race in 1992. However, to avoid possible bias, Dr. Lee believes it is more desirable for researchers to directly access the scanned raw materials as evidence for their own peruse or projects.

Many documents remain to be scanned for this section. It is an on-going process depending on the available funds. New materials will be continuously made available to researchers. Please visit this website periodically for the updates for specific needs and interests.

The documents presented in this section of Resource Room can be categorized into three components:
A) Documents of Asian American political and community involvement in the US from 1972 to 1993 as experienced and collected by Dr. Lee;
B) Information about the founder of Foundation for National Political Leadership (FNPL), Dr. Lee's (姚李恕信), formerly known as Esther Lee Yao's writings, career development, personal life and other people’s writings about her; and
C) Photo Gallery

Introduction to the Resource Room
Again, this part of FNPL website, is not a completed collection; it evolves continuously with additional scanned materials from personal collections. To ensure originality and authenticity, all papers were scanned without any editing or revision. They are raw materials—newspaper clippings, correspondence, programs of conferences, constitutions and by-laws of organizations and meeting minutes—for researchers to review, digest, analyze, evaluate and draw their own conclusions.

Component A:  Political documents – the theme of this website
All materials in Component A are organized and categorized in sections/folders by both topics/themes and chronological order. Within each section/folder, researchers will be able to locate specific files. At times, it is not easy to put all pieces of the puzzle together, but don’t be discouraged. Hopefully, Dr. Lee’s notes or brief introductions to each section/folder offer researchers some background and clarity. She has presented the materials in a direct and concise manner without any elaboration. This is a thick forest and researchers need to touch each tree in order to reach their goals. Please feel free to contact Dr. Lee via email: Estherlee@FNPLweb.org if she could be of any assistance in making the search more convenient and efficient.

This section of the Resource Room provides you with information on how the Asian/ Pacific Americans (APA)—especially the Chinese Americans—in Houston were organized and assimilated into the mainstream politics since 1978. The materials primarily focus on Dr. Lee’s public service beginning in 1978 until 1992.

The Asian/Pacific Americans have formed a formidable political power nationwide since 1990s, especially in California, New York and Texas, that the Republican Party cannot neglect. Back to 1991, at the national level, many Chinese Americans supported Dr. Lee’s congressional race with fund-raising events in 14 cities. This network continued to expand when Dr. Lee was appointed as the national coordinator of Asian/Pacific American (APA) Coalition for Bush/Quayle’92. During the last five months of the presidential campaign, she was able to galvanize and inspire even more Asian Pacific Americans (APAs)throughout the country to support the Bush/Quayle ’92 reelection. A Time Magazine article covering the events at that time pointed out, more than 55% of the Asian Pacific Americans (APAs) voted for Bush/Quayle in 1992.  She even mapped out the strategy to guide them becoming delegates to the 1992 National Convention held in Houston. As a result, the GOP had an unprecedented number of Asian Pacific American  (APA) delegates at the 1992 National Convention in Houston. Although both of her congressional and presidential campaigns were defeated, the impact on Asian Pacific Americans’ increasing interest and participation in American politics is evident and undeniable.

Due to limited resources, the documents related to Asian/Pacific Americans’ involvement in Bush/Quayle ’92 presidential reelection have not been scanned for this website. However, as the National Coordinator of Asian/Pacific American Coalition of the Bush/Quayle ’92 campaign, Dr. Lee has donated the original files to be archived in the George H. Bush Presidential Library and Museum in College Station, Texas. Scholars and interested citizens are invited to peruse the information at that Presidential Library.

Component B:  About the Founder

This part consists of Dr. Esther Lee ’s published books, articles, broadcasted radio programs and podcast at www.fnpl.podbean.com. The contents are very broad, including cross-cultural understanding, family life, child development and current issues in this rapidly changing world and swirl of constant cultural conflicts between the East and West. Some of her books have been made available in CD and audio DVD formats in this collection.  In addition, interested readers can learn more about Dr. Lee's career development and personal life including her retirement in Alabama from this part.

This section reflects many historical moments, including the former FNPL Board Members' visits with US senators and congressmen on the Capitol Hill.
​
Background Information

Dr. Lee’s political involvement began in 1978 when President Carter “suddenly” recognized People’s Republic of China (PRC) and resumed the normal diplomatic relationship with them.  Many pro- Republic of China (ROC) Chinese Americans began to protest and even had street demonstration in Houston.  Although Dr. Lee was disappointed like many other Chinese Americans in Houston, she started reflecting and concluded that it’s not President Carter’s intention to recognize PRC abruptly without consulting or foretelling the Chinese community leaders. It was Chinese Americans’ own fault for not involving in American mainstream politics. Her conviction was so strong that she contacted and joined the national Organization of Chinese Americans (OCA) quickly with a hope to generate more impact collectively on American policy toward China, as it related to the life of Chinese Americans. Soon she formed a Texas Chapter of OCA and became a national board member. Unfortunately, OCA was not permitted to engage in any partisan activities based on its Constitution and By-Laws. In order to be more effective, she joined the Bay Area Republican Women’s Club (in Houston suburb) in 1980. Details can be found in the narrative of the 1980 file. Meanwhile, she became more involved in the Organization of Chinese American Women (OCAW) and formed a Houston Chapter. This chapter was quite active as the files show. Later she became the national vice president for communication of OCAW. This affiliation and networking benefited her significantly in her profession, and political arena. There are separate folders on OCA and OCAW.

Under the guidance of Mrs. Vicky Hepke, an active member of the Bay Area Republican Women’s Club, Dr. Lee was able to participate in various campaign activities and was totally immersed in mainstream politics. Meanwhile, she tried to rally the Asian Americans and mentor them to be mainstreamed. She organized several Asian American Republican groups and many major Asian American political events and hosted numerous meetings, receptions, breakfasts, lunches and dinners for GOP volunteers, activists, candidates and public elected officials at her residence in Clear Lake City (a Houston suburb.) Her family was very supportive and helped her with all these activities. She remembered hosting a breakfast for Congressman Jack Fields at 8:00 am on one Saturday. There were more than 70 people and she prepared a home made, full American Texas style breakfast including omelets made in advance. She informed the attendees that the breakfast had to be concluded at 10:00 am because she had to catch a flight for Puerto Rico for a congressional commission hearing. As a result, she gradually built up her GOP credentials and status in the Party. (Her political credentials are located in the folder of Bio/Vita.)

Although she did not receive a comparable appointment to her qualification in the Bush Administration in 1989 due to her support of Senator Dole during the 1988 Primary, she was appointed as the first Asian American to serve as the Deputy Director of OBEMLA, US Department of Education in 1990. She resigned from OBEMLA and returned to Houston running for Congress in 1991 at the suggestion of Mr. Ron Kauffman, the White House Political Director.  Even though she lost the primary by a small margin her campaign generated great encouragement and inspiration among future Asian American office seekers.  Later in June, 1992, she became the first salaried full-time staff in charge of Asian/Pacific American Coalition for Bush/Quayle ‘92 campaign. Unfortunately, President Bush was not reelected. Dr. Lee’s political involvement gradually diminished during the Clinton era. It was difficult for her to maintain close contacts with people in Houston during her stay in Washington, DC from 1990 – 95.

Dr. Lee continued her public service upon her return to higher education in spring 1998 as an education professor at Southern Arkansas University. She was appointed by Governor Mike Huckabee of Arkansas to serve on the Commission of Early Childhood Education in 1998. After retiring from the deanship of the Graduate School at Troy University Montgomery in 2006, she was appointed by the Honorable Al Gonzales, the US Attorney General, to serve on the National Advisory Committee on Violence against Women in 2006.

Currently, she is enjoying her retirement life on Lake Logan Martin, AL, in addition to scanning files for this Resource Room. (As of June 18, 2011) 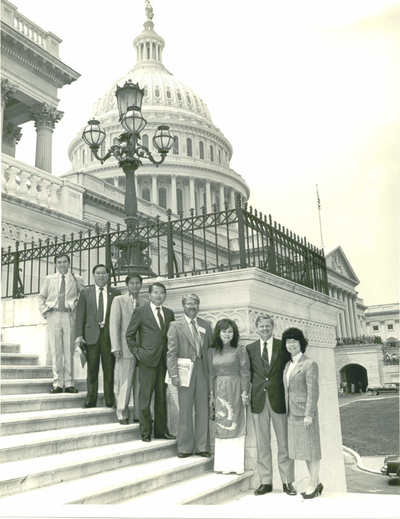 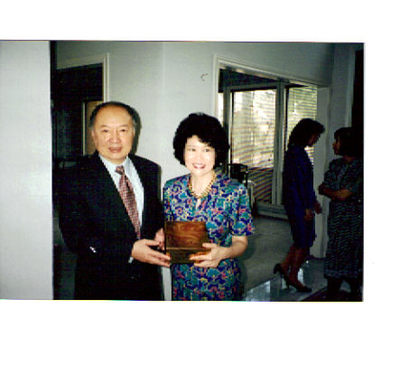 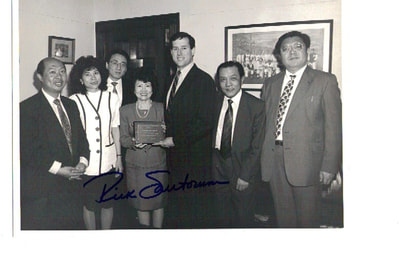 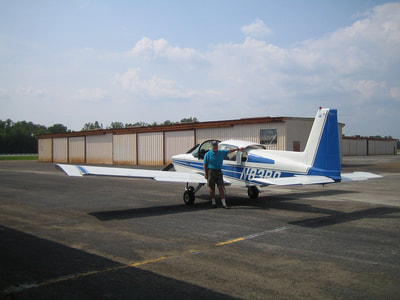 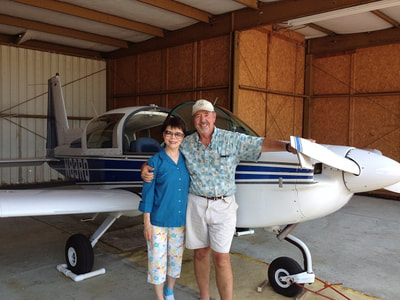