Dr. Lee won the first prize of the nationwide piano contest in Taiwan in 1965.  Here are her trophy and farewell recital in 1967 in Taipei.

​Dr. Lee has two daughters and two grandson. Her 29 year of marriage to Dr. Stanton S. Yao ended in 1998. She did not work after receiving her Ph.D. from Purdue University in June, 1971 until 1975.  She was a stay-home mom until she began her part-time teaching at the University of Houston/Clear Lake in the spring semester of 1975.  Later, that Fall, she was offer the full-time and tenue track assistant professorship.
​
She married to retired Col. Billy C. Bearden in 2004 and retired from the deanship of the Graduate School of Troy University/Montgomery in January 2006. Currently, she resides on the Lake of Logan Martin, 40 miles east of Birmingham, Alabama.  This personal folder consists of personal photos, articles about Dr. Esther Lee's early family life, since many people were concerned with 李恕信 Esther Lee Yao’s whereabouts after she hosted the last reception for Mayor-elect of Houston Lee Brown in Clear Lake City, January, 1998. God has blessed her and broadened her horizon with a wonderful retirement life.

Dr. Lee's enthusiasm and commitment to inspire young people has not changed even though she has retired from her profession.  She is available to speak to young people who are interested in pursuing leadership role in the political arena. She can be reached at estherlee@fnplweb.org. Here is one of her Christmas letters summarizing her life of 2008.
Christmas Greeting of 2008 from Bill and Esther Bearden.

​Dear Friends and Relatives:
Time indeed flies as we mature daily.  Thank God that we have had another blessed year of 2008 full of activities and travel. We trust you have been abundantly blessed by God’s Grace as well.
We started our 2008 with a Key West RV trip with Esther’s younger sister Dorothy and her husband, Yung Chin in January. They flew directly from Chicago to Orlando so we could spend some days with Esther’s older sister, Shu-min, prior to and after our Key West trip. We had a wonderful time together as expected.
Another major RV trip was taken in May. Bill showed Esther around the coastal cities of GA, SC and NC. Esther even rode a wooden mechanical bull (rodeo) at the Blue Crab Festival in SC but she did not stay on long enough to get her monies worth – smiles. Then off to the Nanafalia River for some cool rafting in the Appalachian Mountains of NC.
During the hot summer in Alabama, we toured the mid-west including visiting Esther’s sister, Dorothy and daughter in the Chicago area and the Oshkosh air show. We went to Oshkosh show the previous year but Bill wished to go back with Yung Chin for the second time. It was a boy’s outing.
Then, it was the girls’ turn.  Dorothy and Esther went to Turkey for three weeks with the Grand Circle Travel tour.  Both of them enjoyed the trip so much that they did not miss their homes at all – smiles. This was Esther’s second trip to Turkey but enjoyed the “review” and new experiences, especially in Cappadocia. We learned so much about this old region where Apostle Paul left his numerous footprints during his missionary journey. This trip has not only enriched our knowledge about world history but also the Biblical geographical and historical background of the books of Acts and Revelation in the New Testament.
Beside travel, we also enjoyed interaction with our family members. Bill’s grandchildren, Hannah and Peyton, spent their week-long spring break and summer vacation with us. We had a wonderful time with them including RV camping, flying and various water sports.  Their family also spent July 4th and Thanksgiving weekends with us.  We’ll visit them for Christmas in Tennessee.
Please visit us when you travel to this area. The door of our lake side “B & B” is always open for you and your loved ones.
​Wishing you a blessed 2009. 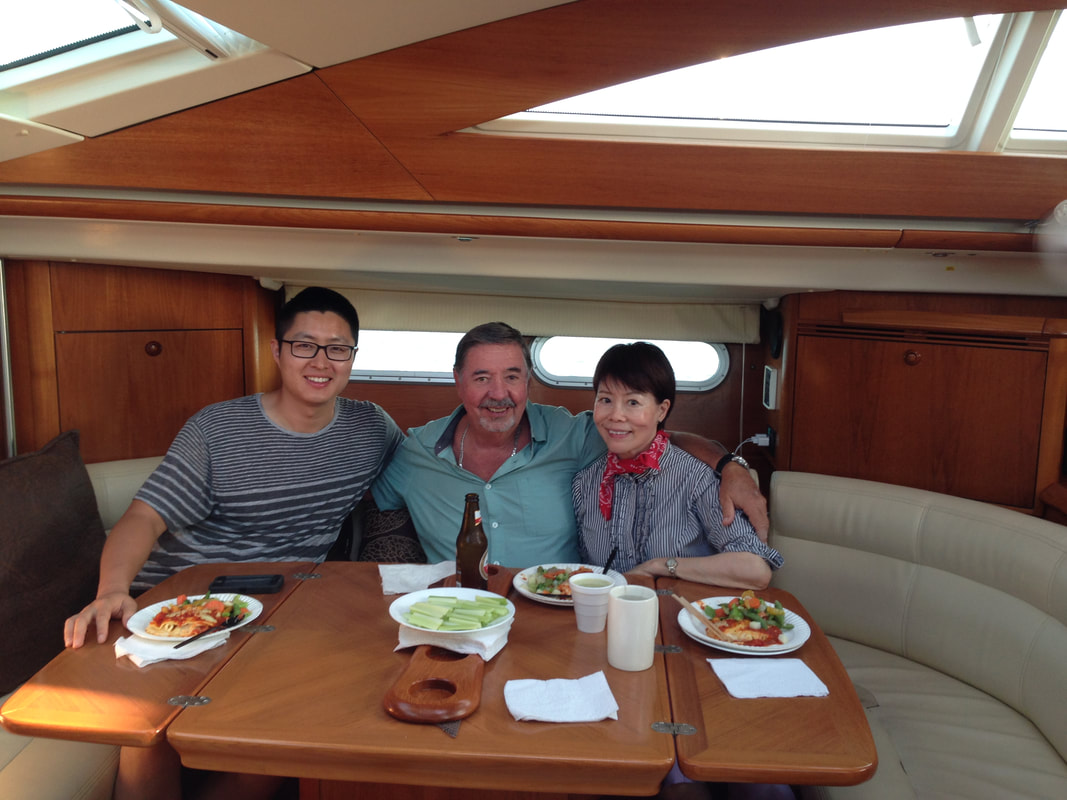 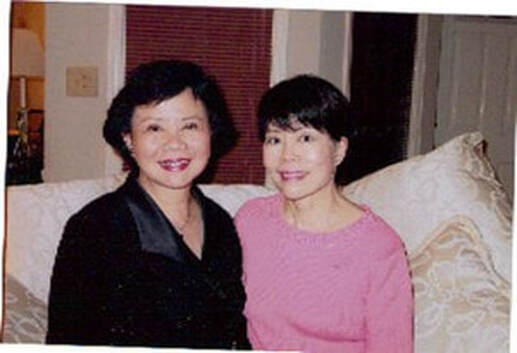 With younger sister, Dorothy Lee in 2004.
Residence in Clear Lake City, Houston, Texas prior to 1998 and the Yao family touring Taiwan